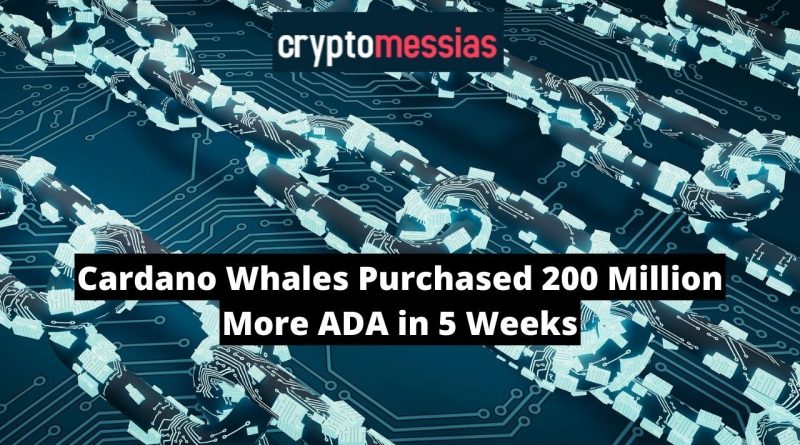 As the price drifts near the 15-month low, Cardano whale addresses have piled up again with inventory between 1 and 10 million ADA.
Despite slipping to an all-time low amid a broader market downturn earlier this year, ADA whales appear bullish on the crypto asset’s price.
Lower Price Attracts Accumulation
According to crypto analytics platform Santiment, Cardano whale addresses holding between 1 million and 10 million ADA have accumulated sharply over the past five weeks, although their price has fluctuated around 15-month lows. In total, this cohort of investors has pocketed almost 200 million ADA.

Whales’ sentiment shift comes after months of dumping of ADA tokens, which drove the price of the ninth-largest cryptocurrency down 75% from its September 2021 peak to a February low. A surge in buying pressure could essentially mean that whales are looking for a potential rally in the near term. This demand barrier could act as formidable backing at $0.
Other Important Metrics
While active addresses have stagnated, the number of native tokens on the Cardano blockchain has increased, according to the Cardano Blockchain Insights panel. TVL, on the other hand, was near $259 million after peaking at $434 million in March.

The founding company of Cardano also announced a new update that improves its block size by 10% from 80 KB to 88 KB. In addition to increasing network performance, the latest implementation is expected to expand the performance of decentralized applications built on top of the blockchain.