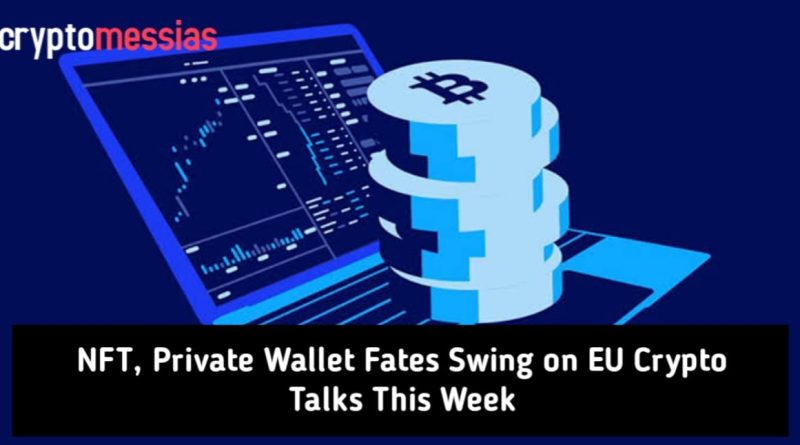 Officials could this week finalize contentious privacy and authorize rules for the sector – once they decide how to treat NFTs and unhosted grip.

European Union (EU) negotiators meet this week for a last-ditch attempt to hammer out anti-money-laundering rules and a new concurrence authorities for crypto service providers.

Meetings on Wednesday and Thursday could regulate the bloc’s crypto legal framework for years to come – but major questions still hang over the treatment of non-fungible tokens (NFTs), the energy impact of Bitcoin and the special use of unhosted wallets.

First will come talks on a disputed transfer-of-funds law, which would require wallet providers to identify the participants in crypto agreements. On June 29, EU officials convene to hammer out final details of those plans at a closed-door meeting.

On March 31, the European Parliament voted for wide-ranging privacy curbs, calculated to stop digital assets from being used for drugs, child pornography and terrorism – something the industry apprise could curb innovation.

Nonetheless, the round of talks set to be held Wednesday will be the last one, three sources intricate in negotiations have told CoinDesk. That implicit a belief that the remaining differences over the codification can be resolve between national governments who sit in the EU Council and legislator from the European Parliament; both groups must agree on a legal draft.