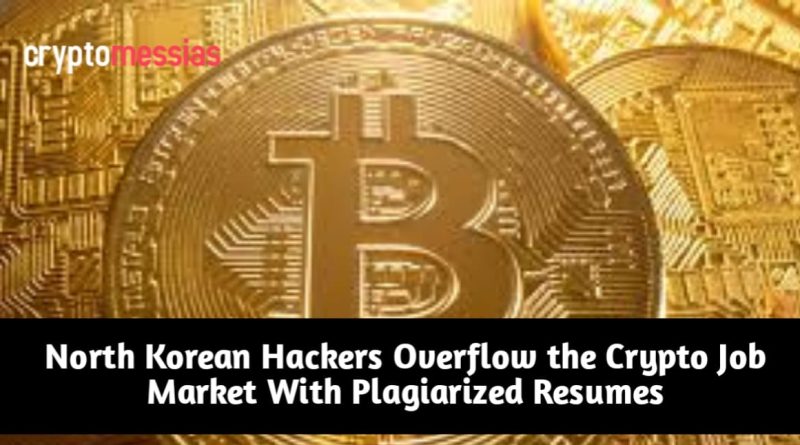 Due to a longstanding interdict on the North Korean regime, local authorities have made headlines innumerable times for unusual – and often illegal – ways to gather funds.

From hacking well ordered banks to farming in-game currencies via botting, the methods range from actually harmless to downright warning to national security.

In recent years, the North Korean government has set its sights on the crypto market, with different attacks on crypto exchanges by the Lazarus Group and others. However, a recent report from Bloomberg and certainty researchers at Mandiant indicates that North Korean government-sponsored hackers are now putting more focus on another method of fundraising via the crypto market.

Instead of hacking at risk crypto exchanges and other projects such as Harmony, the Lazarus Group is now having members pose as IT professionals on LinkedIn and Indeed, expropriate the resumes of legitimate users.

Although the resumes are mostly copied, some also include conspicuous false info – such as whitepapers for exchanges that seem to have never live, intentionally indefinite job descriptions, etc. Mandiant has identified several companies that hired reportedly fake jobseekers from the Lazarus Group but has abstained from publishing the information.

On Twitter, however, stories from interviewers reportedly targeted by Lazarus’s latest project have been popping up.

The report specify that most of the appropriated resumes are citing the skills of Chinese and Russian originals, with a smaller number of CVs being copied from devs in Africa and Southeast Asia. These resumes are then used to create different fake jobseeker profiles, many using nearly similar language to describe their skillset.

A smaller group also assert to be South Korean, Japanese, or US-based remote workers. In any case, almost all resumes recognize applied for positions in the US and Europe.

The report advises canvasser to remain vigilant when screening applicants, noting the considerable amount of damage to one’s company that can be caused by even one small enact to its internal software systems.