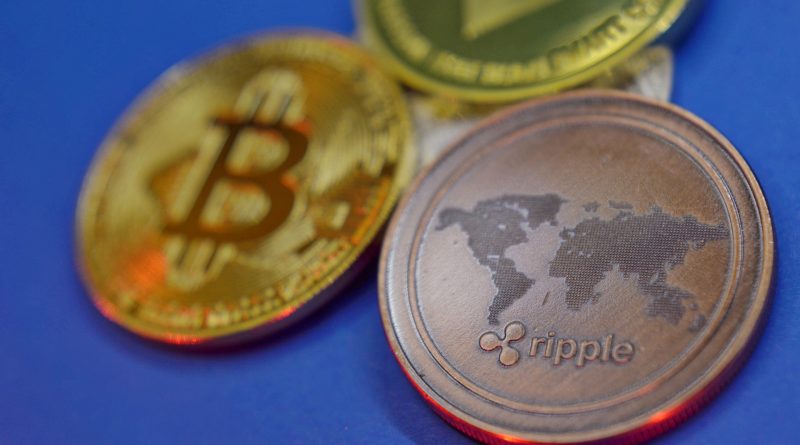 For people unaware of the digital market, Cryptocurrency seems limited to Bitcoin, as it is the most famous cryptocurrency and is also the market leader.

New investors need to realize that apart from Bitcoin many other cryptocurrencies in the market may offer better investment opportunities or provide a completely new perspective related to digital currencies. One such cryptocurrency is Ripple’s XRP. Today, at the time of writing this blog, XRP is ranked 7th in the market in terms of market cap.

Bitcoin is a digital currency that operates on a public blockchain ledger and is used as payment for services and goods.

All the transactions get verified by the miners and are then added to the Bitcoin blockchain. For every transaction verified, miners are offered rewards for their time and resources used in the verification process.

Ripple organization was founded as a peer-to-peer trust network. It allowed users within the network to bypass banks and make loans and open credit lines directly with one another.

XRP is the cryptocurrency offered for products developed by Ripple Labs. The products are utilized for settlement of payments, exchange of assets, service for security transfers and international money used by financial institutions and networks of banks, and remittance system that works more like SWIFT. In comparison to Bitcoin XRP is pre-mined and utilizes a less complex method of mining.

Ripple claims to be a global payment network that has customers like major banks and many financial services. XRP is used so that conversion between different currencies can be carried out instantaneously.

The difference between the two cryptocurrencies is discussed below:

Transaction Validation Method Utilized by Both is Different

This makes XRP more reliable and faster in comparison to its competitors. The amount of energy consumed by the consensus mechanism of XRP is almost negligible which in the case of Bitcoin is very high and for this reason Bitcoin is also considered as an energy hog.

In the case of Bitcoin, it may take a few minutes for the confirmation of the transaction because of the intensive nature of mining used. Even the transaction fees levied in Bitcoin are high. This is not the case with Ripple as transactions are confirmed within seconds and at a very low fee.

Where the coin supply for Bitcoin is capped at 21 million coins, in the case of XRP 1 billion coins were pre-mined at launch and since then, investors are gradually releasing the coins into the market. There is no cap on the number of coins to be released.

In Bitcoin, coins are released as rewards to miners. There is no schedule for the release of coins and their release is completely dependent on the difficulty of the algorithm used for mining and network speed.

For Ripple, the supply is controlled through smart contracts. Around 1 billion tokens were planned by Ripple to be launched every month as governed by an in-built smart contract. At present, over 50 billion coins are in circulation.

Oversupply of XRP is prevented by shifting the unused portion of XRP to an escrow account, in a particular month.