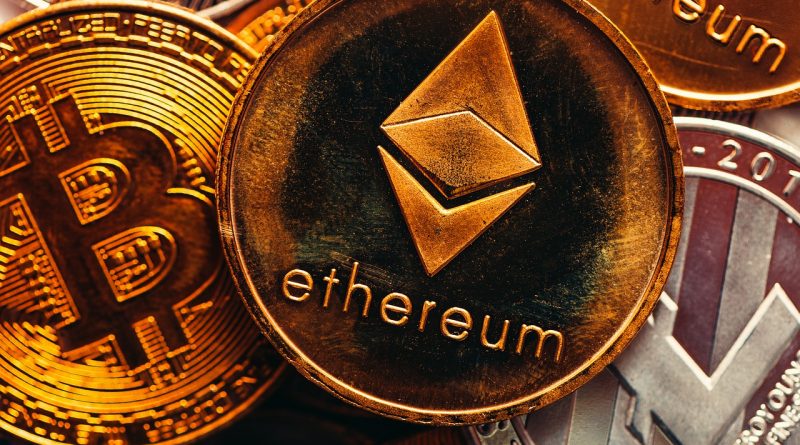 Bitcoin (BTC) was launched in 2009, by the mysterious Satoshi Nakamoto. BTC is completely a digital currency and is unlike any fiat currency, having a central authority to control and protect them. Bitcoin is only available in digital form and there is no physical Bitcoin. Digital exchanges and digital wallets are used to trade and store this digital currency. Blockchain technology is used to store information about cryptocurrency.

Bitcoin is considered to be the predecessor of all the cryptocurrencies that have entered the crypto market in the past decade.

Even though worldwide acceptance of Bitcoin, a decentralized currency (having no regulating authority), is still in doubt and is regularly being questioned and debated upon, it has been able to make its market and has gained acceptance among many regulators and governments.

Ethereum was launched in July 2015; it is the second most popular digital currency and is the largest, open-ended decentralized software platform.

Ethereum uses blockchain technology to develop decentralized applications (dApps), with its programming language. It also enables the deployment of smart contracts. It ensures that there is no downtime, control, fraud, and interference from a third party when building or running dApps and smart contracts.

Ethereum has a wide range of applications, which are powered through its native cryptographic token, ether (ETH). ETH acts like fuel on the Ethereum platform to run commands and can also be used to build and run applications by developers. Apart from this, ETH can be used as a traditional cryptocurrency, meaning it can be traded on digital exchanges.

The difference in Application between the Two

Where Bitcoin was designed as an alternative to traditional currencies, a medium to store value and exchange, Ethereum is a programmable blockchain. It is used to find applications in different areas, including NFTs, smart contracts, and DeFi.

The market cap of BTC has reached $1.08 trillion, but because of the recent bear run, the market value of BTC at the time of writing was around $908 billion. BTC accounts for around 47% of the total crypto market.

The market cap of Ethereum has reached $528 billion and at the time of writing, it was around $458 billion, having a market share of 23% approximately.

Photo by – amhnasim on Pixabay